For this workshop we’ll survey a variety of traditions from the area, learning a few dances that will span the spectrum from rural Serbian and Albanian dances to urban Romani and Serbian repertoires. In addition to learning steps we’ll look at dance styling, too, breaking down how rural versus urban traditions and various ethnic traditions differ from each other. There’ll be something for everyone- please join us!

Alex Marković has an M.A. and Ph.D. from the Department of Anthropology at the University of Illinois-Chicago. He wrote his doctoral thesis on identity politics and musical performance among Romani brass musicians in Vranje, Serbia, conducting 17 months of field research in the area. His academic interests include music, dance, and ritual in the Balkans, ethnic identity and nationalism, the anthropology of performance, and ethnomusicology.

In connection with his academic interests, Alex actively researches and teaches folk dances from the Balkans, particularly Serbian, Romani, and Greek. He has been dancing since he was 7 years old, beginning in Chicago’s Serbian community, then joining various Chicago-based Greek groups, and later diving into Romani dance culture as part of his doctoral research in southeastern Serbia. He enjoys giving workshops on Balkan folk dance for folk dance clubs and festivals throughout the U.S., such as for the East European Folklife Center’s annual weeklong music & dance camps.

After payment is received, a confirmation email will be sent with a link to download the materials from WeTransfer; the link will be active for one year. The license provided to you is limited to your personal use. By using the link, you agree not to share the files. 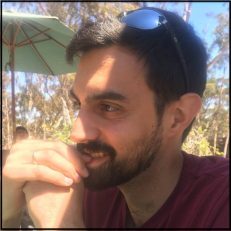